Description:
The Gilbert Greenberg Distinguished Leadership Award is the highest tribute that the Ottawa Jewish Community can bestow on an individual, honoring a lifetime of leadership in the Jewish world. Nominations are solicited every second year.

All nominees must have volunteered a minimum of 15 years in Ottawa’s Jewish community and continue to be an active participant in the community within the last 3 years. Additional criteria for consideration includes:

•    Leadership resulted in successful community building.
•    Held volunteer leadership positions in more than one organization.
•    Serves as a mentor and role model for others in the community.
•    Positively and profoundly impacted Ottawa’s Jewish Community. 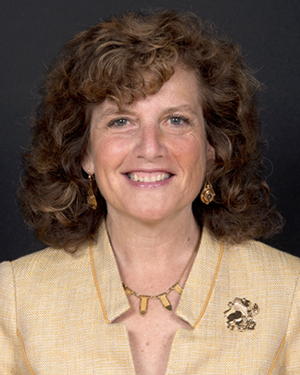 Gilbert Greenberg Distinguished Leadership Award recipient – 2021
Debbie Halton-Weiss
Debbie Halton-Weiss is an exceptional and visionary leader who has served the Ottawa Jewish community with distinction for more than 30 years.
She brings passion and insight to all her volunteer leadership roles, the list of which is immense.  Her committee involvement, both those she served on an those she led is extensive. From the leadership roles she played at Temple Israel and Temple Israel Religious School, to her work with the Young Women’s Leadership Council and Birthright Israel, a key priority for Debbie was building Jewish identity. Significantly, Debbie has co-chaired Federation’s Annual Campaign and chaired Federation’s Board of Directors.
A common thread in many of her leadership roles is building connection to the people and State of Israel. This is true of her work with Partnership2Gether and is best exemplified in her creation of Dragon Boat Israel, an international project that inspired people in Ottawa, across Canada and around the world, to connect to Israel and Israelis.
Debbie has also been a passionate advocate and leader of the March of the Living program. She chaired the local program for two years, and the coast-to-coast program for a year as well as serving as a chaperone on the trip. As the daughter of survivors of the Shoah, Debbie felt that the MOL was a critical program to educate and motivate young people. Most recently, she chaired Federation’s Shoah Committee and worked to bring meaningful holocaust education programs to our community.
Debbie is driven by her strong sense of Jewish identity, love of Israel and its people and a belief that we can accomplish more working together as a united community. She believes that we need to innovate and change to remain relevant, and she is prepared to lead that change. She does not do it for recognition or appreciation. Rather she leads because she wants a better Jewish community for all our children and grandchildren.