B’nai Brith has advocated for Canadian Jewry and championed the cause of human rights since 1875. B’nai Brith is recognized as a vital voice in promoting Jewish unity and continuity, a stanch defender of the State of Israel and global Jewry, a tireless advocate on behalf of senior citizens and a leader in combating antisemitism & racism. We are the grassroots voice of the Jewish Community, and the country's oldest independent and self-funded national Jewish organization. Our support comes from thousands of Canadian families with diverse backgrounds and interests that empower the organization to speak to government, to media and to the public at large, on issues of concern to the Jewish community.

B’nai Brith’s wide-ranging educational and social programming, community and volunteer services, and human initiatives provide a source of connection, continuity and support to Canada’s Jewish community. The diversity of B'nai Brith Canada's community programming has necessitated the creation over the years of a number of different departments and centres which are uniquely suited to furthering the mandate of the organization, while overseeing tasks directly related to specific programs and services. 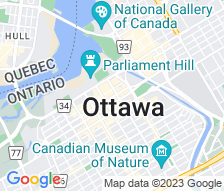